About CPBA Directors
Back Home 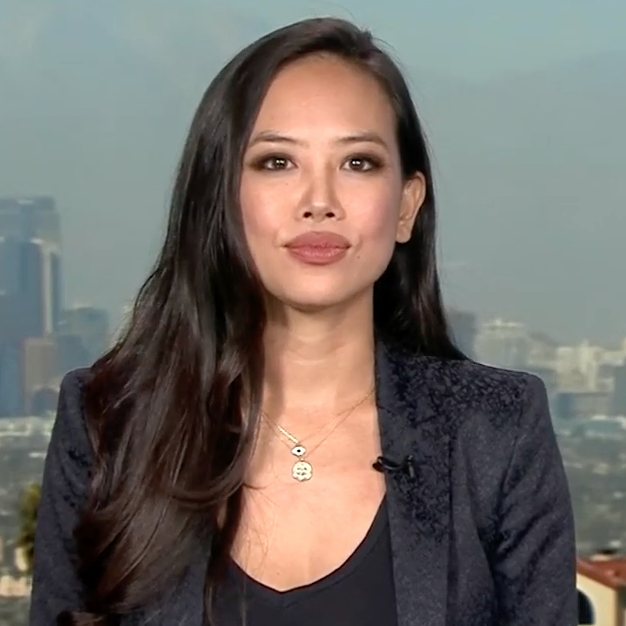 Trinity Tran is the lead organizer of California Public Banking Alliance (CPBA) and Public Bank LA. Trinity mobilized activists behind the Divest LA campaign which successfully pushed the City of Los Angeles to disqualify Wells Fargo from the city’s commercial banking services. In June 2017, she co-founded Public Bank LA, which led the Measure B ballot initiative to create a city-owned bank in Los Angeles. In June 2018, she became a founding member of CPBA and lead organizer for the statewide coalition of grassroots groups which conceived of and sponsored State Legislative bill AB 857 to create local public banks in California. The ‘Public Banking Act’ was signed into law by Governor Gavin Newsom in October 2019. In 2021, Trinity is simultaneously working with LA City Council to establish the Los Angeles public bank and on AB 1177 the California Public Banking Option Act to provide free bank accounts to all Californians. Trinity is the volunteer Executive Director of Urban Partners Los Angeles (UPLA), overseeing one of the largest walk-up food banks in Southern California. She is devoted to helping underserved populations and transforming the financial system to advance social and economic justice. 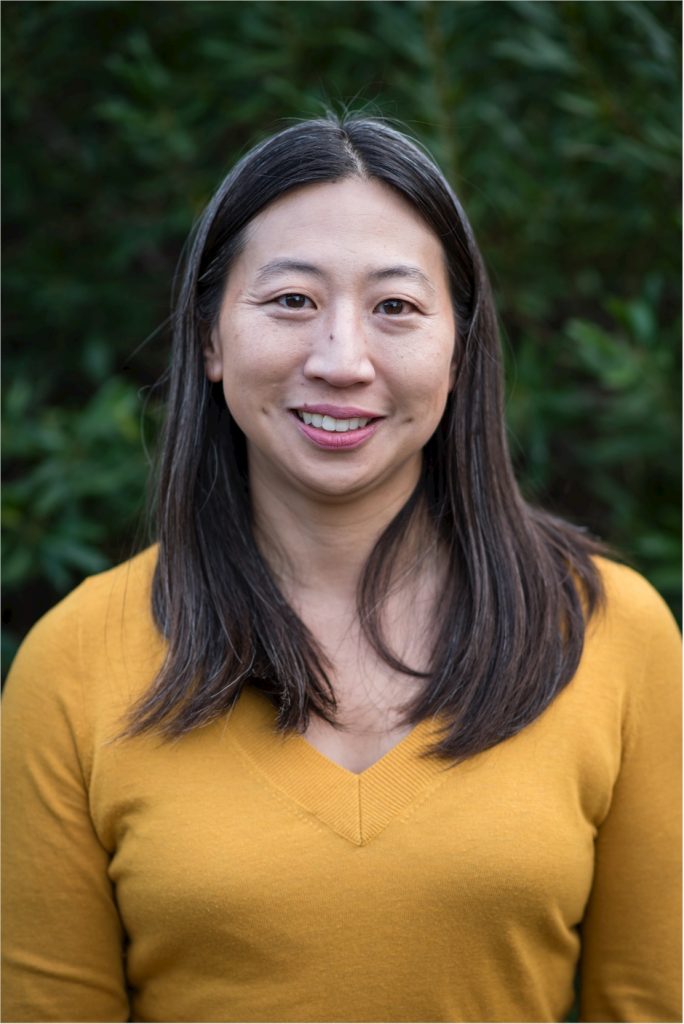 Sylvia Chi is an attorney based in Oakland. She was a principal co-author of AB 857 (2019). She previously served as Policy Director for Asian Pacific Environmental Network. She earned her J.D. from the University of Maryland School of Law and A.B. from Dartmouth College. 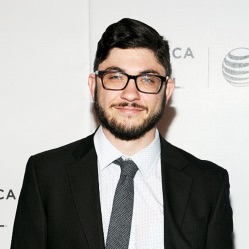 David Jette is a business and technology executive and social finance advocate from Los Angeles. He helped to co-found Public Bank LA and the California Public Banking Alliance and is a speaker and volunteer organizer for economic justice and innovation efforts across the U.S. Separate from his advocacy, David has spent 10 years with Innovent Capital Group as Director of Business Development and entrepreneur-in-residence, where he oversees, consults for and operates portfolio companies including pioneers in commercial and consumer lending, financial technology, and retail and consumer products.

Rick Girling is a retired economics and world history instructor who believes in the critical role of public institutions. He has volunteered with CPBA and the San Francisco Public Bank Coalition for the past 4 years.

, who believes passionately that economic reform is a cornerstone of racial justice and social progress. She has been active in the Occupy Oakland Foreclosure Defense Group and Strike Debt Bay Area, and is currently the chair of the Board of Directors of Friends of the Public Bank East Bay. Between 1972 and 2011, most of her social activism was concentrated on body image and gender issues. 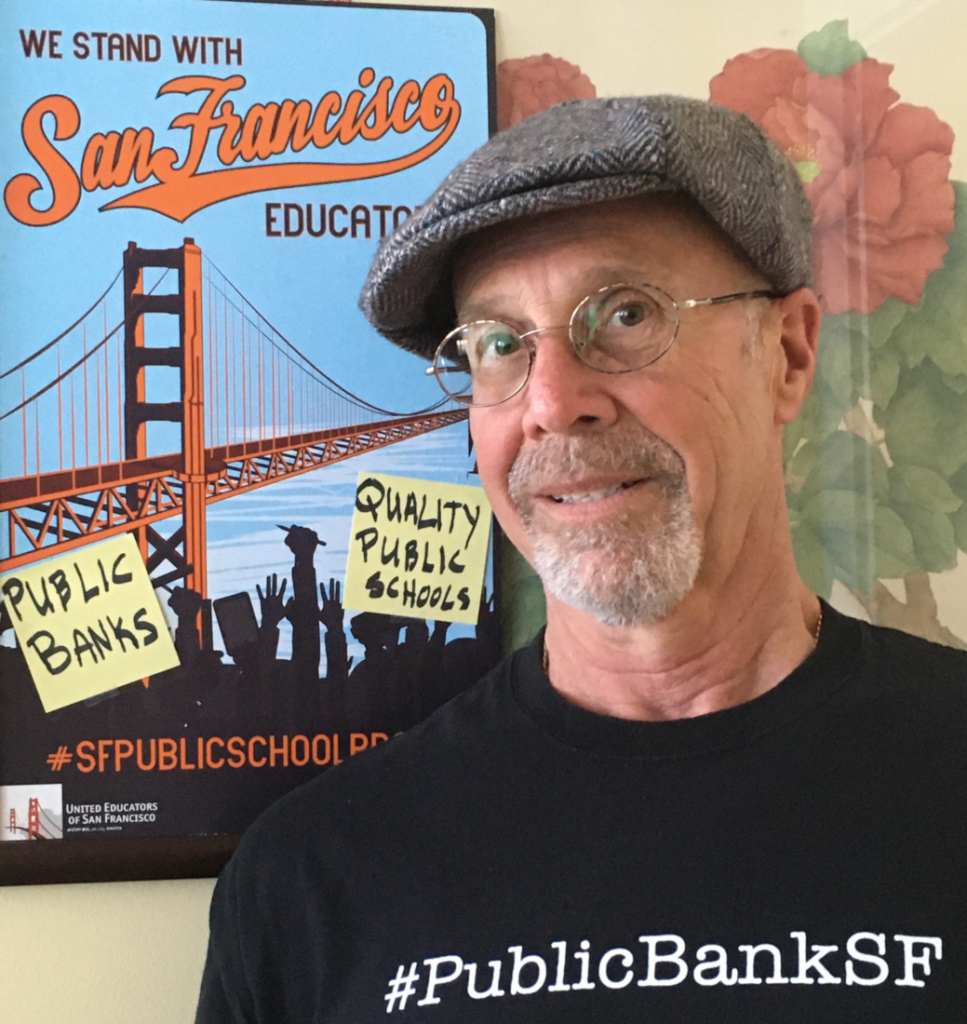 Rick Girling is a retired economics and world history instructor who believes in the critical role of public institutions. He has volunteered with CPBA and the San Francisco Public Bank Coalition for the past 4 years. 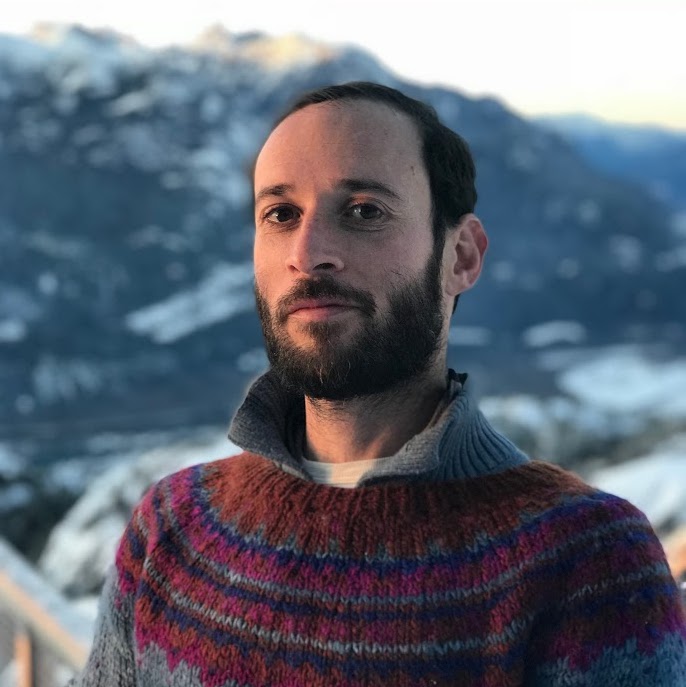 Ben Gordon is an organizer with Public Bank LA and California Public Banking Alliance. Ben has been a lender to social service and affordable housing providers for eight years, currently working with a leading CDFI. He researched with a Wolf Prize winning applied economist at UC Berkeley, publishing 12 papers, editing 2 research books, and helping organize several symposia. He also helped start a youth leadership organization growing to work in 3 countries with over 40 high schools and universities. 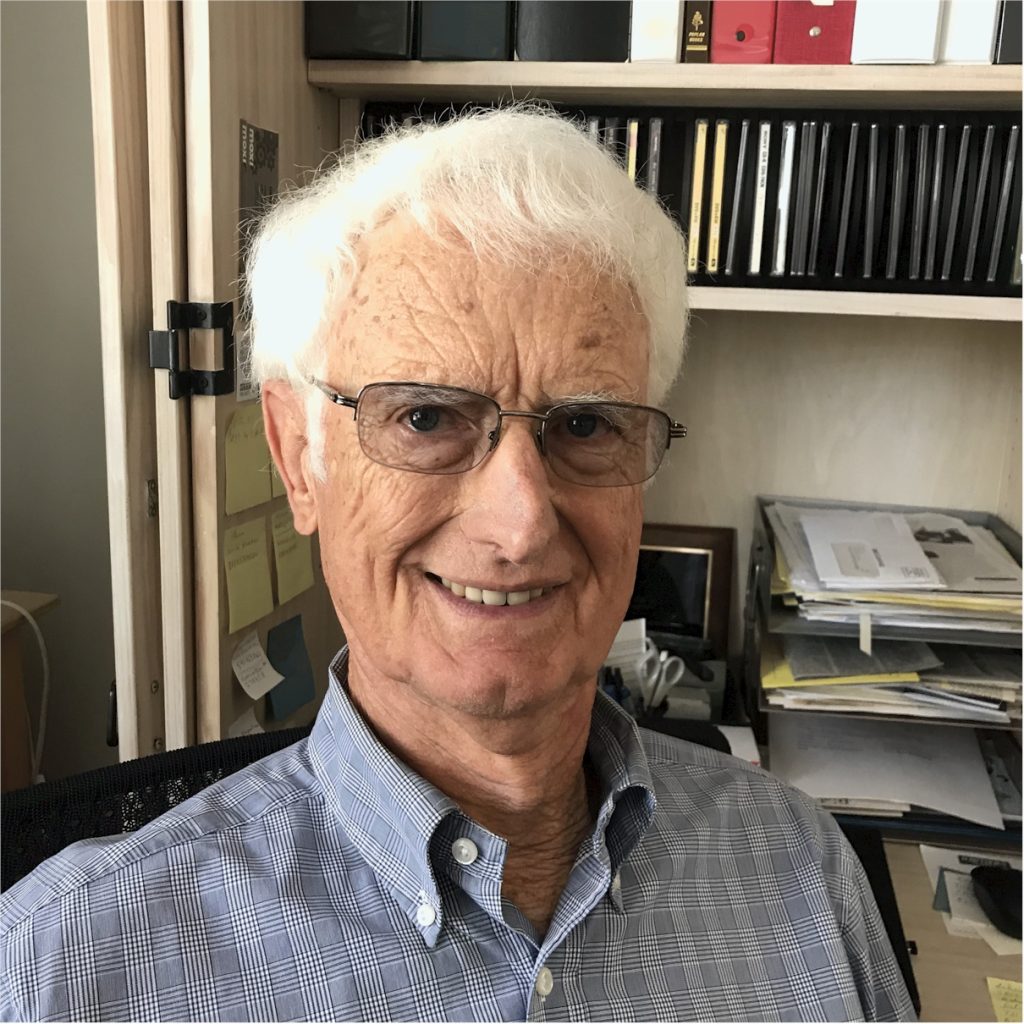 Harold “Hal” Hill is a member of People for Public Banking Central Coast (PPBCC) as well as a member of its working group that is preparing the wording for a request for proposals (RFP) for a viability study for the formation of the Central Coast Public Bank. Hal worked with the Santa Barbara County Board of Supervisors and their staff to get a resolution past supporting formation of the Central Coast Public Bank and setting aside $25,000 for a viability study. Hal has been a student of economics all his life. He is a retired civil engineer with a Bachelor of Science degree from California State University, Fresno and he lives in Santa Barbara. 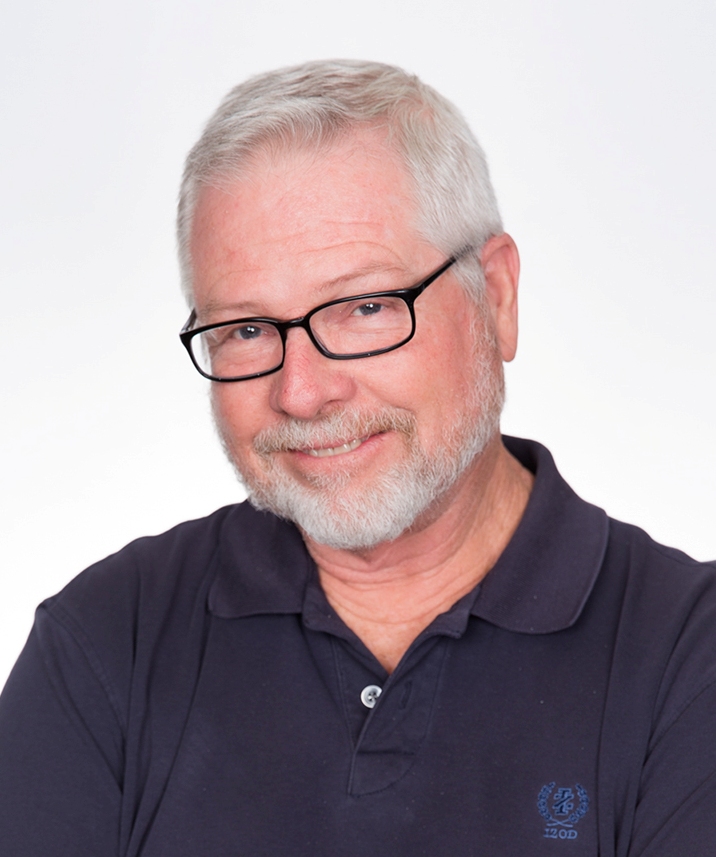 Sittig is a co-founder and facilitator of Public Bank Pomona Valley Study Group. An educator (retired) at the secondary and community college levels in the sciences and philosophy, he continues as Director of the Observatory at the Webb Schools in Claremont, CA. He has done extensive volunteer work at the City of Hope, the American Red Cross, the National Ski Patrol, and Learning Ally (formerly Recording For the Blind). 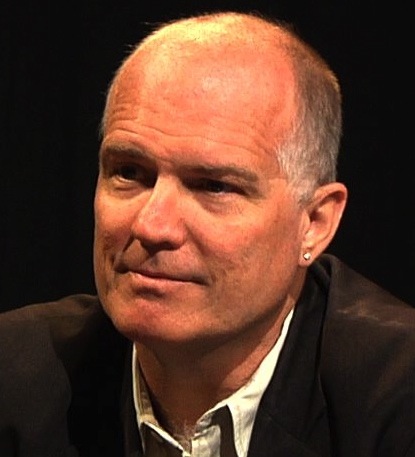 David Cobb is the Co-Coordinator of the US Solidarity Economy Network, the Executive Director of Cooperation Humboldt, and serves on the Transition US Collaborative Design Council. He was the Green Party nominee for President in 2004, and initiated the recall effort that launched the election integrity movement, which led to the discrediting of so-called “Black Box Voting.” 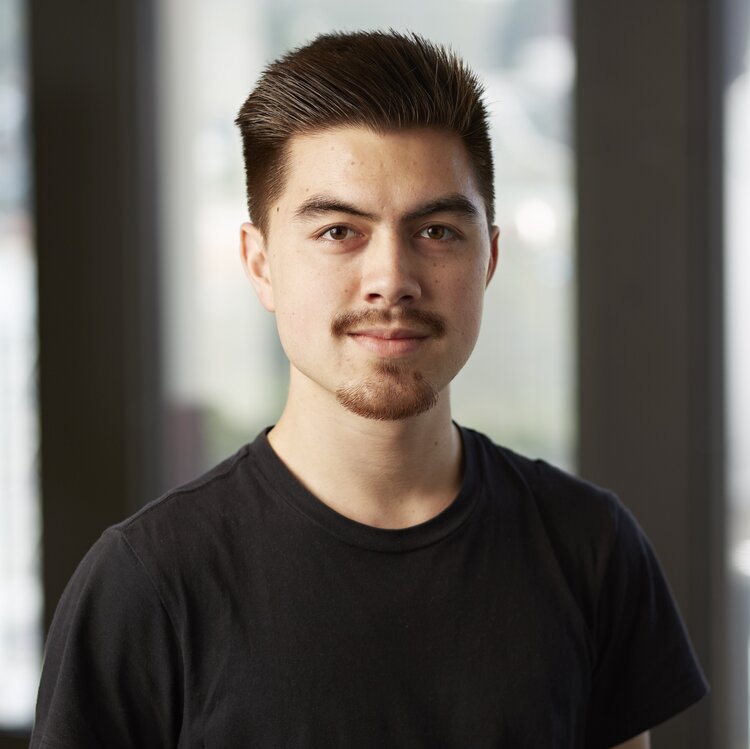 George is a designer and community organizer raised in Hayward, California and currently serves as Chair of the Friends of the Public Bank East Bay. Using the skills he developed through tech, he’s built tools for social workers, progressive causes and candidates. George has served as a peer-counselor for the Berkeley Free Clinic, providing free mental health services to primarily low-income and/or unsheltered neighbors. During the George Floyd uprisings in 2020, George helped form and served as the founding Chair for the Hayward Community Coalition (HayCoCoa) which spurred a city-wide conversation around racial justice, public safety, and police spending.

Ian Mackenzie is a member of the nationally recognized Public Banking Institute, a non-profit, nonpartisan public policy organization, engaged in campaigns of public education to create a new economy with public banks at the state, county and city levels in the U.S. and Canada. In 2019, Ian co-founded the Public Bank San Diego which joined the California Public Banking Alliance, which sponsored AB857 approved by Governor Newsom in October, 2019, to enable the first 10 public banks in California.  It has also sponsored AB310 to convert the existing California State owned IBank to a depository bank, California Public Bank.

Ian graduated from the Glasgow School of Art and University of Strathclyde and has had extensive experience as an architect and developer as well as a general contractor, real estate broker and mortgage lender. He has also co-owned a restaurant chain and an international trading company. This company specialized in exporting large pre-engineered steel buildings along with interior building materials, building equipment and tools, to Poland and Czech Republic. After the banking crisis of 2008 he focused on renewable energy, primarily wind and solar farms in seven western states.  He and his partners have also been working on low-income and senior communities.

He is well versed in both ends of credit transactions, as a developer/borrower and as a mortgage lender.