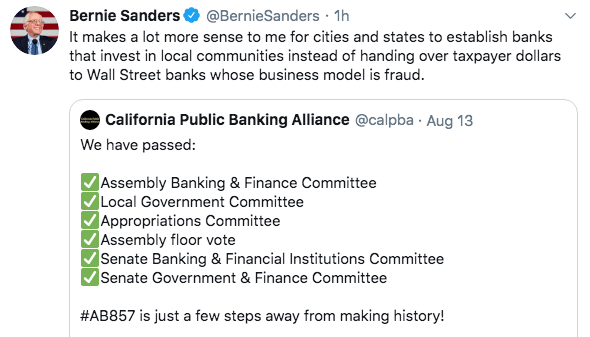 “It makes a lot more sense to me for cities and states to establish banks that invest in local communities instead of handing over taxpayer dollars to Wall Street banks whose business model is fraud,” Sanders wrote on Twitter.

Sanders retweeted a post from the California Public Banking Alliance (CPBA), the sponsor of AB 857, which represents public banking activists across 10 cities and regions in the state. 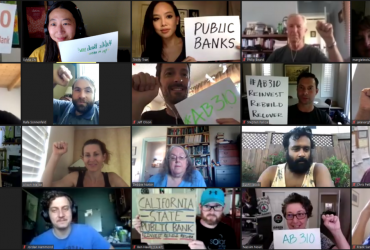 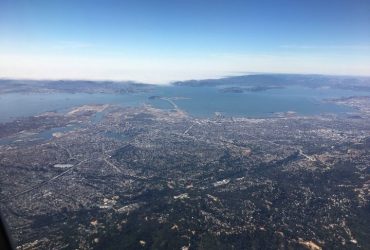 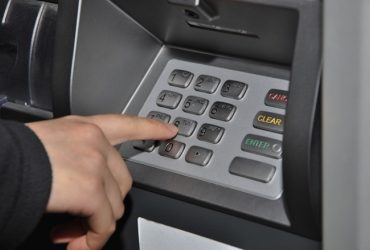 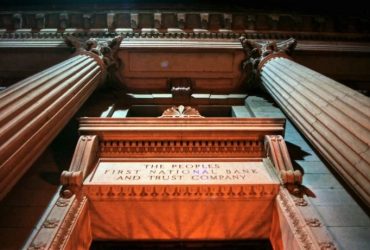