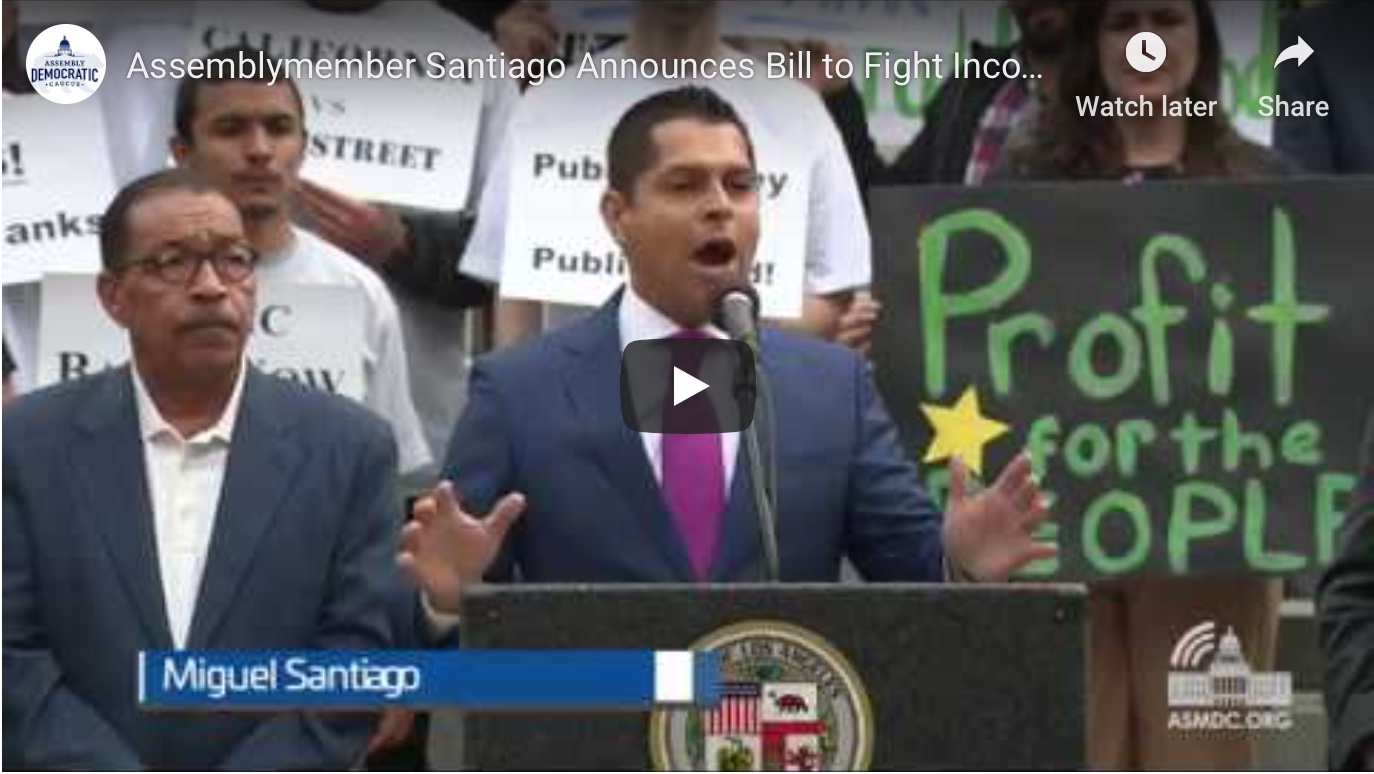 “This morning’s vote is for the people that too long have been underbanked and overcharged. The reality is our financial system is not working for a large majority of people, in particular communities of color. A public banking system in our state is a much-needed first step to bring economic justice to California’s most disadvantaged communities.”

Assemblymember Miguel Santiago (D-Los Angeles), who is a joint-author of the Public Banking Act, responded, saying: “Californians from the grassroots to the halls of power are weary of a corporate banking system that doesn’t work for them. Wall Street needs people-powered competition, and a public bank for public good is the right place to start. Council President Herb Wesson has been a bold champion of public banks for many years, and I couldn’t be more grateful for his leadership and the support we’ve seen from so many others across the state.”

The City of San Francisco – home district of AB 857 joint author Assemblymember David Chiu (D-San Francisco) – will consider a substantively identical resolution in support of the bill this afternoon.

“The public’s money should serve a public purpose, not line the pockets of Wall Street investors,” said Assemblymember Chiu. “Time and time again, we have seen big banks invest billions of dollars of our money in institutions most Californians are opposed to. I am grateful to see such broad support for our efforts to reinvest the public’s money in our local communities.”

Trinity Tran, founding member of the California Public Banking Alliance said, “This is an unprecedented multi-city coordination among the biggest local governments, representing over 6 million people in the state of California. Wall Street Banks have proven that their interests are not aligned with California’s communities. Local governments have essentially been a captive market for mega-banks and now with this legislation, we have the opportunity to build a new alternative banking system through locally-controlled, socially and environmentally responsible public banks, enabling cities and counties to recapture public dollars and have a say over the financing of our own localities.” 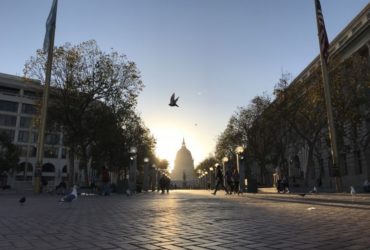