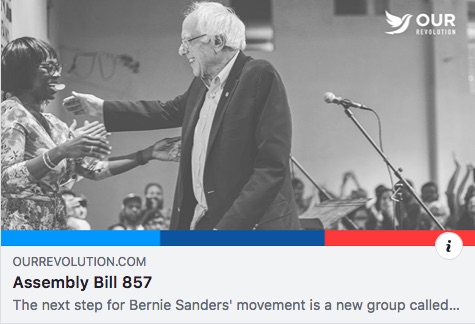 Our Revolution endorses California Assembly Bill 857, Public Banks. The resolution was introduced by Assembly members David Chiu (D – San Francisco) and Miguel Santiago (D – Los Angeles). The bill would make it easier for California cities and towns to establish their own public banks. Our Revolution endorses this bill because we believe that it will expand access to banking services to all citizens and provide a space where Californians can securely store their savings with the knowledge that their funds will not be redirected to risky, profit-seeking investments. Public banks can also provide valuable loan services to the community without levying obscene interest rates to the detriment of first-time homeowners and small business operators.

What would the bill do?

AB 857 has just been approved by the California State Assembly. It will now move to the State Senate, where it needs to be approved to move on to Governor Gavin Newsom’s desk for his signature.