CPBA is confident that as it continues to advocate for this enabling legislation and educate the public about public banking, more and more Californians will join the momentum currently building for public banks across the country.

Public banking: a nationwide movement
On June 29, 2018, the Los Angeles City Council responded to a rapidly growing movement in favor of public banking by placing Measure B on the ballot, making it the first referendum on public banking in the United States since the Bank of North Dakota was established in 1919. According to a map created by the Public Banking Institute, over 20 U.S. cities and states, from Washington state to Washington, D.C., are currently working toward public banks.

The Green New Deal put forward by Alexandria Ocasio-Cortez and other Congressional progressives proposes a public banking system as a way to finance their plan for a just transition of the U.S. economy to becoming carbon neutral. Germany’s public banking sector has been key to the country’s transition to renewable energy, providing over 70% of investments in renewables, totaling 10.3 billion euros, in 2016 alone.

From near-zero to 44% in a few months
Public Bank LA, the grassroots group spearheading the Yes on B campaign, claims victory despite the ballot measure’s defeat. As organizer Trinity Tran explains, “Council President Wesson made a bold and progressive move to place public banking on the ballots. Even with limited resources as a volunteer-run group, we committed to fight for Measure B’s success. 44 percent of the votes, in the second largest city in the nation, shows an incredible level of support given our short time frame to secure endorsements and educate voters on the benefits of public banking. Our campaign has since propelled public banking onto the national radar… We’ve gained a lot of momentum.”

Over 420,000 Angelenos voted in favor of a policy that they had likely never heard of before 2018. 44% in favor is a strong baseline measure of support that public banking advocates look forward to building upon through sustained outreach and education.

The statewide alliance
Earlier this year, Public Bank LA helped launch the California Public Banking Alliance, a coalition of local public-banking advocacy groups across the state. The Alliance aims to introduce a bill in the state legislature in the 2019 legislative session.

This enabling legislation will allow for localities to establish a system of public banks in the state and provide appropriate terms, exceptions, and constraints.

Tran said, “[Public Bank LA’s] original strategy has always been to get this bill passed first, and then push for establishing the bank. Having this legal framework in place will give L.A. and other cities a solid template to work from in setting up our banks.”

Public banking would help speed the economic recovery from COVID-19 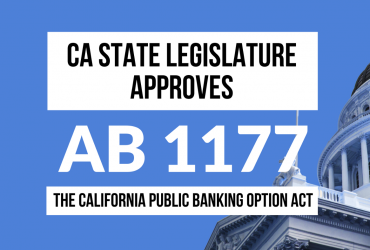 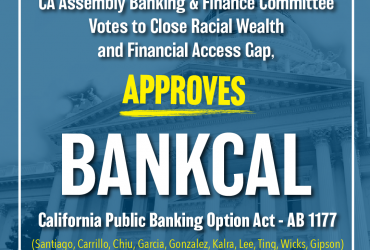 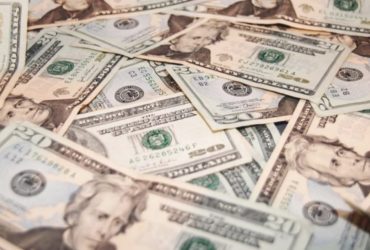 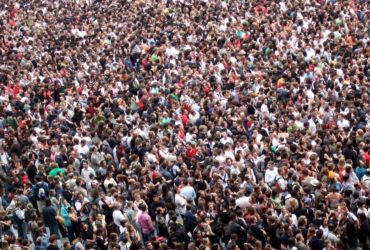