Friends of Public Banking Santa Rosa is an ad hoc group of concerned tax paying citizens. We recognize that our public tax and fee revenues are being deposited into private banks that are using our credit to further their interests. We are calling on Santa Rosa to bring our money home and establish a public bank to partner with local banks and credit unions in providing affordable credit to fund small businesses, housing construction, student loans, public infrastructure and renewable energy programs.

Upon the passing of Public Banking Act AB 857, the Friends of Public Banking Santa Rosa spoke at a Santa Rosa City Council meeting and at the Sonoma County Supervisors annual Strategic Planning Retreat asking them to take the next steps forward towards divesting our city and county funds from Wall St Banks financing fossil fuels and detention centers and move them into a public bank to serve the public good.

We asked: 1) Amend the City of Santa Rosa and Sonoma County’s Investment Policy to state that it would “allow the city to deposit its funds into a public bank,” 2) Encourage the City of Santa Rosa and Sonoma County to draft a letter of support to the City of San Francisco encouraging them in their efforts to establish a public bank and let them know that the City and County would be interested in considering making deposits into the Bank of San Francisco, once established, 3) Communicate with elected officials in surrounding counties on the possibility of establishing a regional public bank for Northern California.

Despite the pandemic, 2020 marked another full year of efforts from Friends of Public Banking Santa Rosa (FPBSR) to educate our community members on the advantages of public banking. In July, the California Public Banking Alliance and co-authors Assemblymembers Miguel Santiago and David Chiu launched the California State Public Bank Act AB 310. FPBSR commenced a regional effort to educate community activists’ groups and gather their endorsements on this bill and urged them to reach out to our state representatives to garner their backing of AB 310.

We facilitated a phone call with Senator McGuire comprised of constituents from Marin to Humboldt Counties to gain his support in moving AB 310 through the legislature in 2020. Although Senator McGuire felt it was best to table the bill until 2021 in order to fine tune the bill, further educate the legislature, as well as State Controller Betty Yee and State Treasurer Fiona Ma, to garner their support, he committed to providing us with 2 hearings in the Senate Governance and Finance Committee in the fall of 2020 to begin the discourse on the bill. True to his word, these hearings happened in the months of August and November.

In the month of August, we launched a regional effort to hold our county treasurer Eric Roeser accountable to divesting Sonoma County funds from the major banks financing fossil fuels.

In December 2019, the Sonoma County Board of Supervisors unanimously voted in support of a Socially Responsible Investment Resolution. The Resolution requests that the County Treasurer make no new or renewed investments in corporations financing fossil fuels and immigrant detention centers.

We called on Sonoma County Supervisors to abide by the Socially Responsible Investment Resolution they themselves endorsed, by ensuring the Treasurer does what is right and makes no further investments in banks financing fossil fuels and detention centers. We continue to work to educate them on how a regional or state public bank would offer an alternative means to depositing public funds and reinvesting our money locally into infrastructure, housing, small businesses and equitable community development.

In the month of September 2020, the City of Santa Rosa was awarded $95 million and the County of Sonoma $318 million from PG&E for the 2017 wildfires. FPBSR launched a regional effort encouraging community members to reach out to Santa Rosa City Council and the Sonoma County Supervisors to ask that they direct a small portion of those funds towards financing a viability study for a public bank in the region.

1) Agendize divesting from all banks that are the major investors in the fossil fuel industry and detention centers, just as the Sonoma County Board of Supervisors voted unanimously to do in December.
2) Amend the City’s Investment Policy to state that it would “allow the city to deposit its funds into a public bank.”
3) The City draft a letter of support to the City of San Francisco encouraging them in their efforts to establish a public bank and let them know that the City of Santa Rosa would be interested in considering making deposits into the Bank of San Francisco, once established.
4) Communicate with elected officials in surrounding counties on the possibility of establishing a regional public bank for Northern CA.

1) Amend the county’s Investment Policy to state that it would allow the county to deposit its funds into a public bank.
2) The County draft a letter of support to the City of San Francisco encouraging them in their efforts to establish a public bank and let them know that the County of Sonoma would be interested in making deposits into the Bank of San Francisco, once established.
3) Communicate with elected officials in surrounding counties on the possibility of establishing a regional public bank for Northern CA.
4) Set funds aside for the County to conduct a viability study to establish a public bank in collaboration with surrounding counties in the region.
5) The county unanimously voted to divest from banks financing fossil fuels and detention centers in December, 2019 and still holds $356million in 9 banks who are among the largest investors in fossil fuels, with $38million of which is in Wells Fargo, who invests in both. This represents 12.8% of the counties total investment portfolio. We ask that the county terminates the investments in these banks once these investments reach their maturity dates.

September, 2018 ~ The city manager informed the finance staff that funds can be made available for a feasibility study pending the result of studies in other towns, cities and states. In the interim, the city council voted 4-2 in favor of signing a 5 year contract with JP Morgan Chase for general banking services. The city had been banking with Wells Fargo for the past 15 years, but terminated the contract due to the banks downgraded rating of “Needs Improvement” by the Department of Justice under the Community Reinvestment Act. The council members understand that the city’s 5 year contract with JP Morgan Chase can be terminated with a written advance notice of 6 months.

October, 2018 ~ The Chief Financial Officer and Deputy Director of Finance presented an “Update on Public Bank Efforts” to the city’s Long Term Financial Policy and Audit Sub-Committee. The presentation included a look at the Bank of North Dakota’s Annual Report, a review of the feasibility studies for the cities of Oakland and Santa Fe, as well as the public banking efforts underway in the cities of San Francisco and Los Angeles. In accordance with staff’s recommendation, the subcommittee decided to postpone any further public-bank-related action pending the completion of the Public Bank East Bay group’s business plan draft.

Proposed Resolution to Create a Public Bank of Santa Rosa 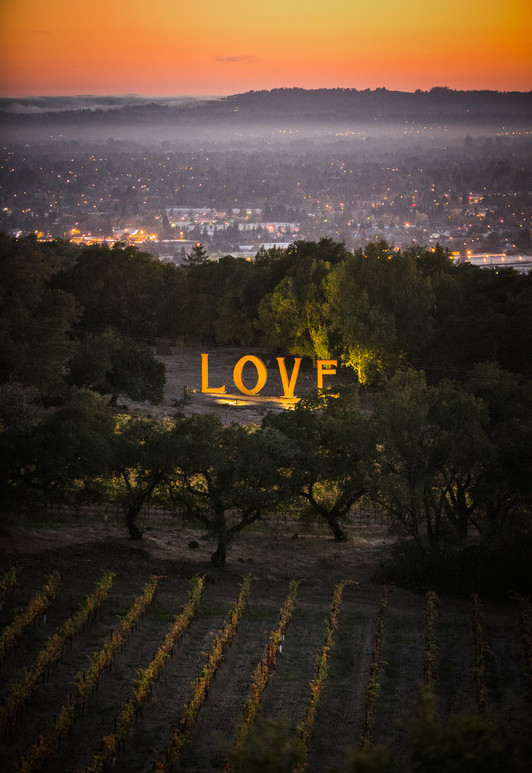